When my parents were missionaries in Japan, they had colleagues that ran the gamut from liberal Presbyterians to conservative Southern Baptists, and while there were lots of differences, one that seemed most obvious  to my teenaged perspective was the differences when it came to alcohol. My parents enjoyed wine and beer, and always tucked little sample-sized bottles of liqueur in each other’s Christmas stockings. There were other missionaries, however, that were opposed to drinking. I remember my parents joking with another couple about hiding the wine before one of the other missionary families arrived to a social event. 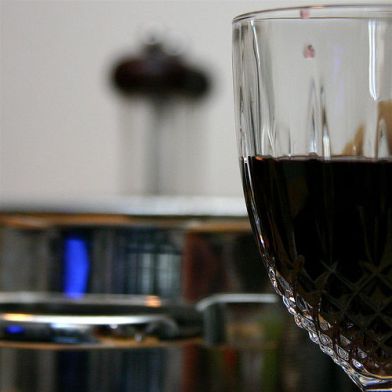 Ever since the mid-1800s, there has been this connection between Christianity and temperance, and even among Christians who are willing to drink alcohol in moderation, there can be an underlying nervousness. Do really spiritual people drink? Should wine be served at an event when the pastor is invited? (The answer, in this church, by the way, is “Yes!”) Can alcohol be served at church functions, or on church premises?

At its heart, I think this tension in Christian circles points to a disconnect in our minds between what counts as spiritual and those human experiences that are pleasurable. Like sex, which is too often considered something taboo, or dirty, alcohol seems to represent carnality, or the flesh as opposed to the more holy, more pure spiritual pursuits.

We are in the middle of the season of Epiphany, between Christmas and Lent, and all the stories we are reading during this season have to do with revelation. The magi follow a star to Bethlehem, where a new king is revealed to them. During Jesus’ baptism, the innermost core of his identity is revealed, and it turns out that it is the same thing at the core of all of our identities—belovedness—child of God.

So what is being revealed this week? The end of our story tells us that when Jesus performed this sign, he revealed his glory. Jesus’ glory.

Have you ever thought about the word, “glory.” We toss it around at church a lot. “Glory be to the Father, and to the Son, and to the Holy Ghost,” “Glory to God in the highest and peace to all people on earth,” “Thine is the kingdom and the power and glory, now and forever,” “Angels from the realms of glory.”

Think about it for a moment. What image comes to mind when you hear the word, “glory”? For me, it is an image from the miniseries, Angels in America, with Emma Thompson dressed in white, with big, sweeping feathered white wings, and bright white light all around her. Glory!

Unfortunately, it’s a word that is so loaded with religious connotations, that it’s hard to think of what it means outside of stained glass windows and organ-accompaniment. What does glory look like out in ordinary life? What does it mean that this strange miracle at a wedding in Cana revealed Jesus’ “glory?”

I’ve been trying to come up with a good way to translate “glory,” in language that isn’t so loaded with religious history—with a word that doesn’t call to mind glowing angels, or plumes of incense. It’s kind of tricky, but I think the closest I’ve got is greatness. Jesus reveals his greatness—how great he is—when he performs this sign.

Maybe it is just that he performs a miracle. That somehow, through means unknown to us, Jesus turns water into wine. That’s pretty amazing, by itself. But I think Jesus’ greatness is bigger than just the supernatural power to manipulate elements.

And if it were just about the fact of the miracle, I think John would have told a shorter story. Instead, he gives us lots of details—for instance, the water is poured into vats intended for ritual cleansing. That’s interesting. Is Jesus implying that the very human celebration going on is a higher priority than the religious rituals of the household? That wine and revelry supersedes the traditions of repentance and cleansing? Maybe.

Then there is the quantity. There are six water basins. Each holds 20-30 gallons of water. The servants fill them up to the brim—all those very specific details, that make it sound almost like a math problem on a school test, add up to the astonishing detail that Jesus makes somewhere between 120 and 180 gallons of wine! That’s twice the capacity of a tank on a typical hot-water heater.  Or, in different terms, that is somewhere between 600 and 900 bottles of wine. And it’s not even the beginning of the party. These people have been celebrating and drinking for long enough that they’ve already run out of the first stash of wine. If the simple fact of water turning into wine weren’t astonishing by itself, the quantity should knock the breath out of us.

And then, don’t forget the details John tells us about the quality. The steward who tastes the wine without knowing its origin pats the groom on the back for continuing to serve higher and higher quality wine, even though some might try to pull out the cheap stuff once everyone was already good and—well, we won’t say drunk—let’s say, relaxed.

So, how does this sign point to Jesus’ glory, or his greatness? Well, we see power. We see provision, and not just provision of essentials (this isn’t a multiplication of loaves for hungry bodies), but provision of extras—of wine for a party, and provision in abundance—almost in excess.  We see generosity. We also see quietness and humility. Jesus does this almost in secret. Only the servants and his own disciples know it has happened. Jesus doesn’t need the whole party to know what he has done. He doesn’t need “to get all the glory,” in order for his greatness to be revealed.

Now, there is one more detail that is worth paying attention to, here. Did you notice how the story starts? It says, on the third day, there was a wedding. The third day from when? Why is it important that it happened on the third day?

This is the second chapter of John, and who remembers how John 1 starts? Anyone? 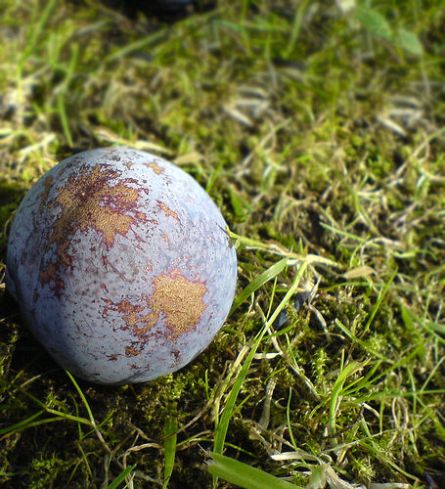 John begins the story of Jesus by echoing the story of creation. And here’s what is interesting about this wedding on the third day—it’s actually the sixth day from the beginning of the story. You can go back and track the days if you want, but there are a series of “on the next days,” that take us through Jesus’ baptism and the recruitment of the first disciples, and then this “On the third day,” which actually means two days later, because of the way days are counted in ancient Greek.

If you recall the creation story, day six is the last day of creation before the day of rest—it is the day when all the animals that live on land, including human beings, are created. It is the culmination of all the days, and at the end, God proclaims creation “very good.”

I think that with these enumerated days at the beginning of his gospel, John is hinting at a new creation, culminating with this celebration of human love and family. In this context, Jesus’ greatness is also bound up with the goodness of creation, the goodness of human life and human relationships, and the power of God to do something new—a new creation.

So what do we take away from this story? How does it connect to our lives?

You can probably tell that this is a rich story, with lots of layers, so I think it’s fair to say that we will all take different things away from our reflection on it. Maybe we will enjoy the fact that Jesus enlivened a party with vast quantities of wine. Maybe we’ll cherish the idea that human celebration matters to God. 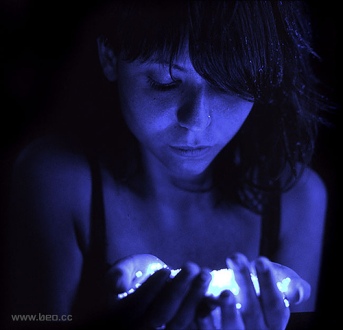 Here’s what I’m taking away this week—the same God who pronounced creation good, good, very good, continues to infuse goodness and blessing in this world, and in human life and human experiences. Relationships, sex and marriage, parties, and wine and sharing good food is not a distraction from spirituality; it is not opposed to, or detrimental to spiritual insight. No—it is right in the midst of those very human experiences that we may catch a glimpse of the glory of God. Right there in the revelry, in the joy of good wine, in the abundance of a wedding feast, we catch a glimpse—a sign that points to God’s glory—God’s greatness.